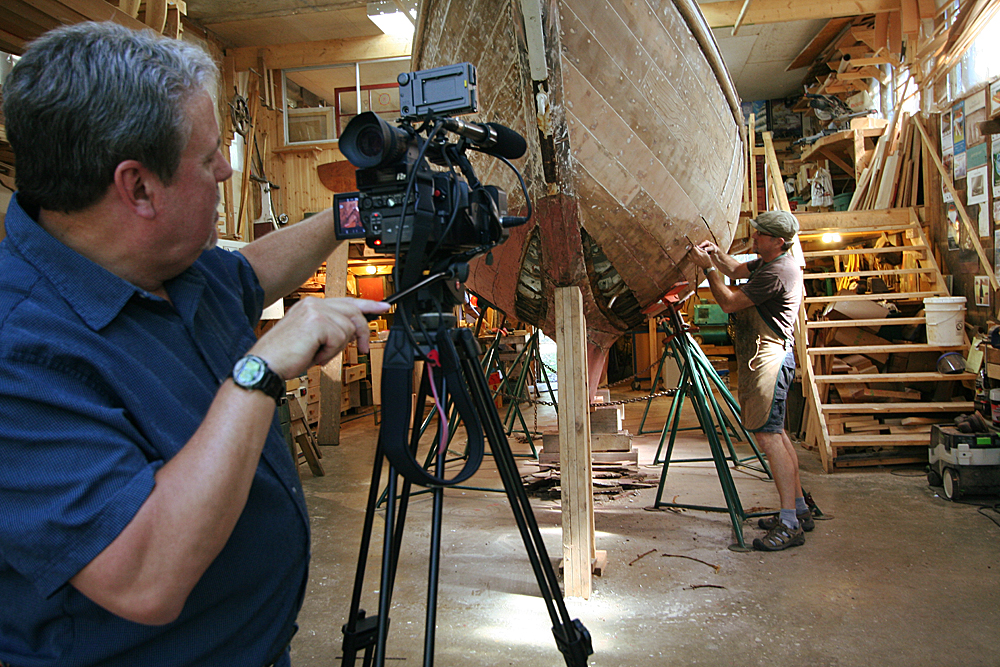 By Between Wood&Water August 9, 2013 No Comments

Happy Friday to all!

I don’t know how many in the Victoria area got a chance to hear this morning’s LIVE interview with CBC Radio’s “On the Island” Morning show with Kahlil Aktar about Dorothy and the documentary I’m producing. It’s been awhile since my live radio hits in Dawson Creek, BC, as an Astral-Media reporter and there was sooo much in my head to talk about, that I’ll have to listen again to actually hear what came out of my mouth!

Since the Dorothy story was featured in Pacific Yachting magazine and Western Mariner, there has been a bit more media interest in what I think should be a national story. (er… finally!)

Also, on Wednesday, a shooter for Global BC TV News showed up and the segment aired province-wide last night. Unfortunately, neither Tony Grove or I got to see it as neither of us has a TV hooked up to anything other than Netflix! So…. if anyone by incredible stroke of chance recorded the evening newscast, please let us know and we’ll get a courier to your doorstep ASAP! I’m eager to see what the videographer picked up as a storyline. The show producer might be able to send us the segment and I’ll post it here if that happens.

Meantime, I did manage to make a recording of my interview this morning with Kahlil. Sorry it cuts off at the end but the only way I could get it from my phone to computer was trimming and emailing – iTunes apparently having a bug when it comes to transferring voice memos.

Oh technology, how character-building it is when you fail us just when we need you….

Anyway, been nice chatting, meantime I have to get some work done – and so, probably, do you! Click here to listen to my CBC interview about ​Dorothy, the oldest sailboat in Canada, and my documentary Between Wood and Water on her restoration.

Have a great weekend everyone, Tobi